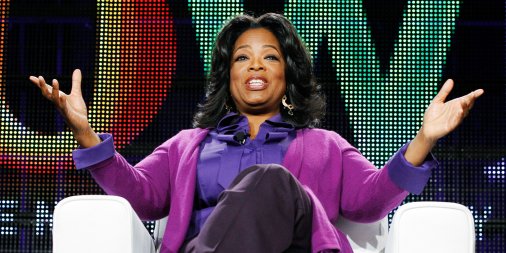 In a press release Monday, the weight-loss-assistance company said Winfrey joined its board and purchased newly issued stock representing a 10% stake of shares outstanding. She also bought options to acquire an additional 5% of fully diluted shares.

According to the release, Winfrey became an adviser and a regular member of the program who would “candidly share her experiences and perspective along the way.””Weight Watchers has given me the tools to begin to make the lasting shift that I and so many of us who are struggling with weight have longed for,” she said in the statement. “I believe in the program so much I decided to invest in the company and partner in its evolution.”

The company has struggled to lift sales and increase its membership. A Duke University study found earlier this year that the company faced strong competition from rivals. And Credit Suisse analysts said free weight-loss apps were a better deal for some consumers than a Weight Watchers membership.

“Weight Watchers and Oprah Winfrey make a powerful combination,” Weight Watchers Chairman Ray Debbane said. “Oprah is a force of nature in connecting with people on a very personal level to live inspired lives. This partnership will accelerate our transformation and will meaningfully expand our ability to impact many millions of people worldwide.”