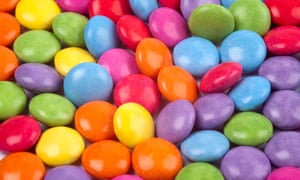 Sugar is a bigger threat to health than many suppose, according to a study which claims it causes metabolic diseases such as high blood pressure and heart disease whether or not we put on weight.

The study was carried out by Robert Lustig, a paediatric endocrinologist in San Francisco and author of the book “Fat Chance: the hidden truth about sugar”. Writing in the Guardian, he says the health of 43 obese children in the care of his clinic dramatically improved when the sugar in their diet was replaced with starchy foods like crisps. They ate the same number of calories, he says, and yet their metabolic disease, which can cause diabetes, was reversed within 10 days.

The study, published in the journal Obesity, is evidence, says Lustig, that “a calorie is not a calorie” – the claim he makes in his book and which has been contested by many scientists who say the damage sugar does is through its calorific content alone.

In the study, carried out at the UCSF Benioff children’s hospital San Francisco and Touro University, California, the 43 children, aged nine to 18, had all been referred to hospital because of their weight and significant related health issues, such as high blood pressure.