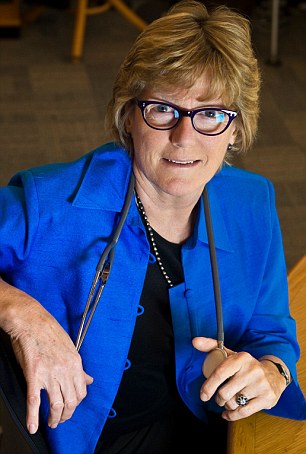 Obesity poses as big a risk to the nation as terrorism, says the Chief Medical Officer.

Dame Sally Davies wants the obesity crisis in women to be classed alongside flooding and major outbreaks of disease – as well as the threat from violent extremism.

Her extraordinary claim comes as she warns today that being overweight affects all stages of women’s lives – including in the womb.

It may lead them to being teased as teenagers, having higher-risk pregnancies and possibly developing breast cancer or heart disease after the menopause.

‘Action is required across all of society to prevent obesity and its associated problems from shortening women’s lives and affecting their quality of life,’ she will say.

She will also urge that mothers-to-be should ‘not to eat for two’ because it is fuelling the obesity crisis.

The advice is a ‘myth’ and women who are too fat are not only jeopardising their own health, they also risk storing up problems for their unborn children.

Expectant mothers who are overweight or obese are far more likely to suffer miscarriages, develop dangerously high blood pressure or complications that make them infertile.