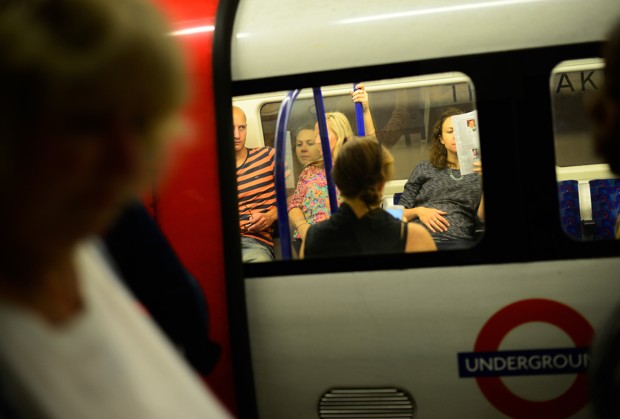 They come every year around this time, as reliably as the chilling of the air and the preponderance of red coffee cups: the public-relations pitches, bedecked in exclamation points and cheer, offering expert tips on how to fight the holiday weight, or win the battle of the bulge, or stay svelte through New Year’s. If I had a nickel for every email in my inbox right now exhorting me to put down the pie, I’d have enough money to buy myself several more pies. Not the grocery-store brand, either. The fancy bakery kind.

‘Tis the season, in other words, to make some strangers feel bad about their bodies. Over the weekend, some people in London, purportedly from a group called Overweight Haters Ltd., took that to heart: 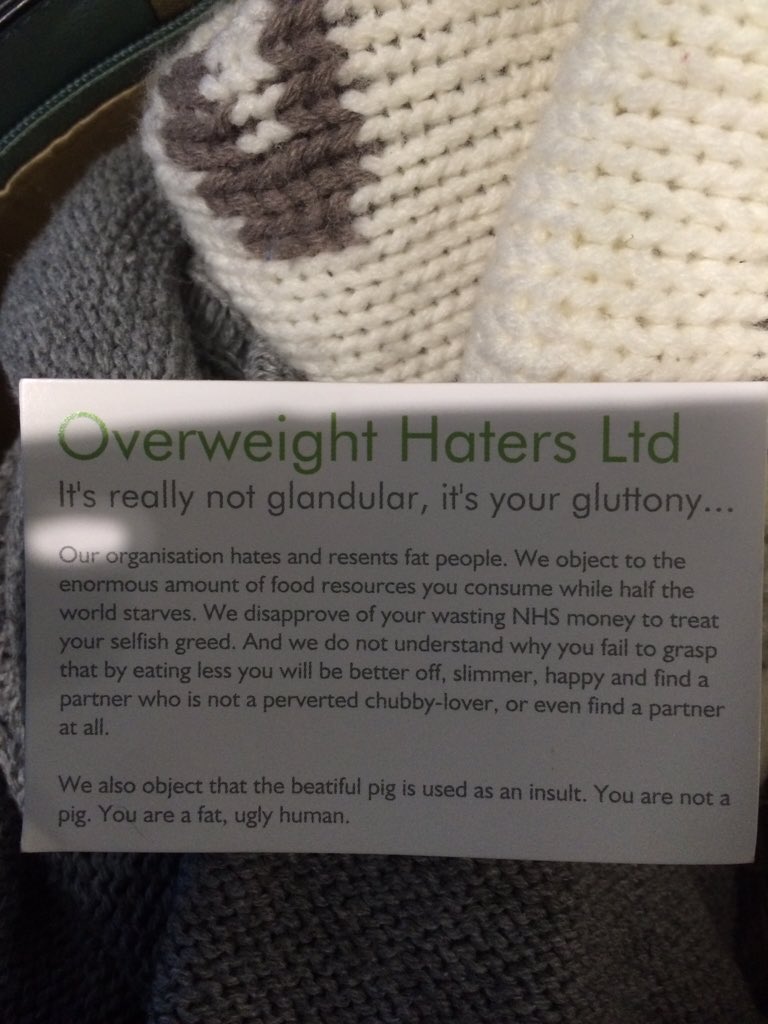 Kara Florish, an employee of the U.K.’s National Health Service, tweeted on Saturday that someone had handed her the card while she was riding the London Underground.Here’s the back:According to the BBC, London Transport is encouraging any riders who see the cards being distributed to notify the police.

Fat Thanks to Ketul P. for the tip!