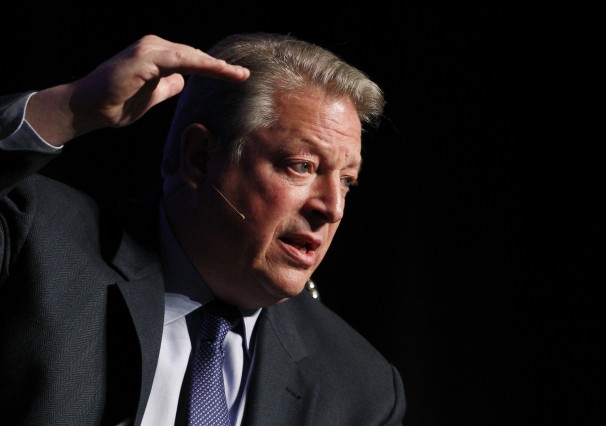 Maybe it was something about what they served in the White House mess in the 1990’s. Or perhaps it’s what happens to baby boomer Democrats more than a decade after leaving office. For whatever the reason former vice president Al Gore has gone vegan, just like the president with whom he once served.

Gore’s recent decision to forgo animal products surfaced as an offhand reference in a Forbes magazine piece about Hampton Creek Foods, an upscale vegan product line carried in Whole Foods. Ryan Mac’s article, which posted Saturday, chronicled how wealthy investors including Bill Gates, Tom Steyer and Vinod Khosla have poured money into the company, which hopes to take down the U.S. egg industry with offerings such as a plant-base mayonnaise.

An individual familiar with Gore’s decision, who asked not to be identified because it involved a personal matter, confirmed that Gore opted a couple of months ago to become vegan. Gore’s office did not immediately respond to a request for comment.

It is unclear why Gore, one of the nation’s most visible climate activists, has given up dairy, poultry and meat products. People usually become vegan for environmental, health or ethical reasons, or a combination of these three factors.

Bill Clinton explained in a 2011 interview with CNN’s Sanjay Gupta that he adopted a vegan diet primarily for health considerations. Known for consuming a high-fat cuisine while in office, Clinton — who was 65 at the time — said he realized he had “played Russian roulette” with his health for too long, and that since making the switch, “I feel good, and I also have, believe it or not, more energy.”